Since residing at work the past few weeks, I’ve had ample time to see movies that seem interesting enough to spend employee-earned money on. Here are brief reviews of still-shown movies at the local box-office, as well as a local indie release: 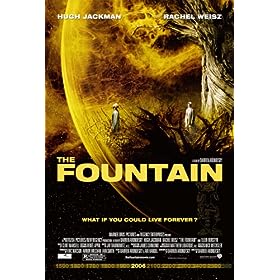 Hugh Jackman reprises a role tailor-fit for Ralph Fiennes, as a martyr for love, a tortured soul, a love who will transcent the bounds of time and reality for his beloved. Jackman succeeds, but I miss the fragile nature, the pale, physical weakness shown by Fiennes in most of his film characters. As for Rachel Weisz, she is easily now at par with Cate Blanchett as a fave actress for these Hollywood-tinged, but significant nonetheless, pieces of modern cinema (it also helps that she was outstanding in The Constant Gardener). Director Aronofsky did what appears as sensible and organic for the film’s visual effects: minimal CGI, and a good dose of macro-photography. As for the movie, this is easily a film gem that was lucky enough to be shown at the local box office, so do catch it soon, as I don’t think people will like it very much. 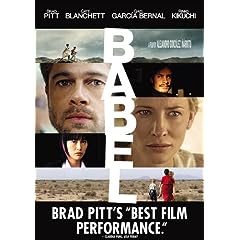 This has OSCAR fave written all over it, I won’t even go through a checklist of reasons why it is so. Director Alejandro GonzÃ¡lez IÃ±Ã¡rritu weaves several plots that transpired in Morocco, Japan, and Mexico, but the links (especially the one originating from Tokyo) seems a bit forced. Sadly, this doesn’t have the vibe that Amores Perros or 21 Grams gave off: it feels a lot like last year’s favorite, Crash (not bad, but not OMFG good). The Tokyo chapter -with the magnificent KÃ´ji Yakusho, with Rinko Kikuchi in her birthday suit- appears to be the strongest in potential, but I don’t believe there’s anything there that’s highly original. Honestly, not a time-waster of a film, but I expected more.

Twenty indie directors, twenty short films, in two hours, starring Ping Medina (in about 90% of the shorts). This omnibus is easily a major work of the first quarter for local cinema (independent, or otherwise [whatever otherwise means nowadays]) this year, but it does come off as uneven; maybe its the theme of patriotism, or maybe its because some of the work can’t become anything more than experimental, blah narratives, or plain, visual fluff. Instant favorites would be Ogi Sugatan’s â€œ5 Minutesâ€ (concise, funny, poignant), and Lav Diaz’s â€œNang Matapos Ang Ulanâ€ (sadly, the only work I’ve seen from him). Honorable mentions go to: Raymond Red â€œMistulang Kamera Obskuraâ€, Roxlee’s â€œLa Pulaâ€, Ellen Ramos’s â€œSpeci Menâ€, Robert Quebral’s â€œBaradoâ€, Paolo Villaluna’s â€œOne Shotâ€, Topel Lee’s â€œAng Manunulatâ€, and Sigfreid Barros-Sanchez’s â€œAksyon Starâ€.