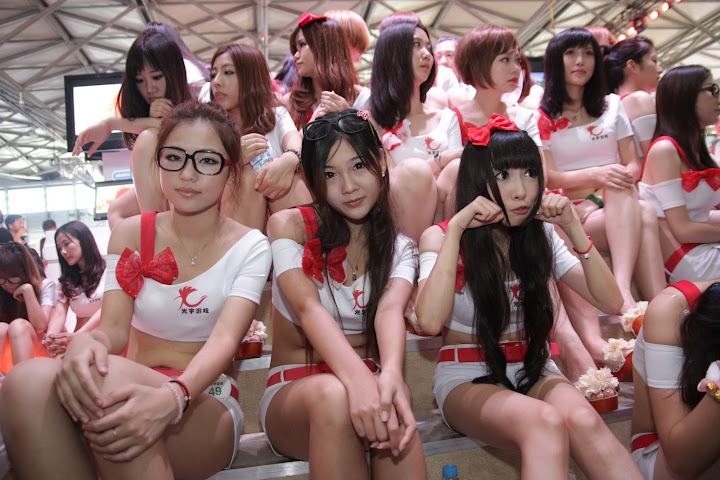 I try to plan for the weekends, and though my priority has always been checking the gig circuit, the local websites highlighted this year’s ChinaJoy, aka the China Digital Entertainment Expo. The venue? Same road where I live in.

Last Saturday, the weather was the typical spa-like heat Shanghai summer, and I started my expo trek by getting into the wrong entrance. The right one was a good 5 minute walk. After purchasing the ticket, there was about another 10 minute walk to the buildings that housed the expo booths. There was no way anyone I know here would go through this much effort for a “gaming and digital entertainment” event, since most 1) cannot speak nor read the language; and 2) aren’t so much into gaming. I fall in both categories, but then I want to fulfill my capacity as any male DSLR owner would.

I was in it for the chicks.

See, back home, I’ve already stopped going to otaku/anime conventions to spot cute cosplayer girls, and had no intent to visit the carshows, where I guess older men would feel safer knowing that every girl there should be of legal age. However, I’m in China. Besides the fact that I’m not part of any scene here at all, I’ve got no shame left to pursue this on a weekend where I have nothing better to do. 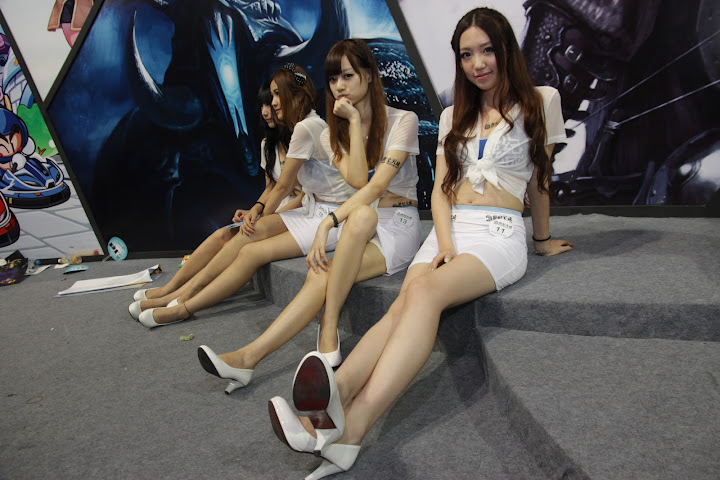 I have to say I was overwhelmed. This is a place to take photos of ladies in various states of dress, where companies would have them parade on stage, or just sit, stand, do whatever in their booths. Cameras were incessantly clicking, guys would have friends take photos of themselves with the girls, and the brave would go as far as showing the girls their photos, and numbers would be exchanged. Well, good for them. 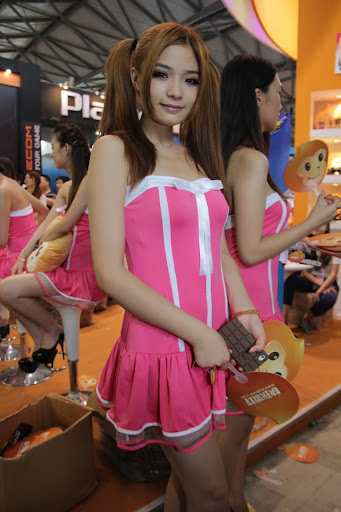 Insert camera gear-speak: I miss my old flash diffuser, where it could still function pretty well when the camera was held vertically. I had to settle for the built-in white-flap on my Yongnuo 467 flash unit. I also missed having a vertical grip. 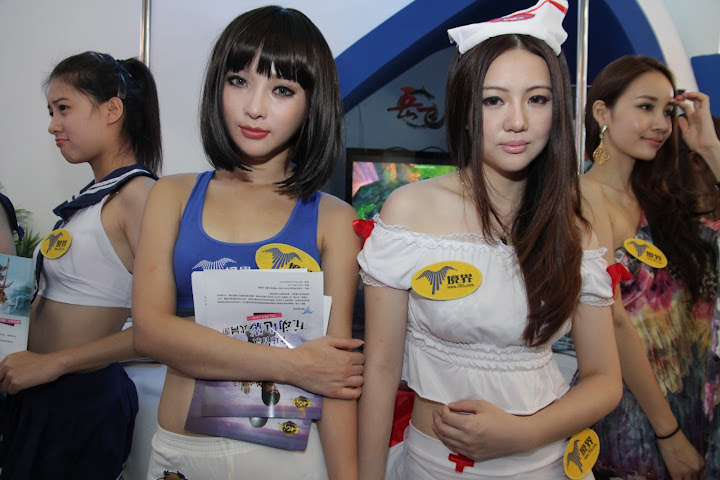 How would I assess the actual babe-count? One can clearly see when quality-control was done by each booth. Ratio? 2 out of 10, roughly. 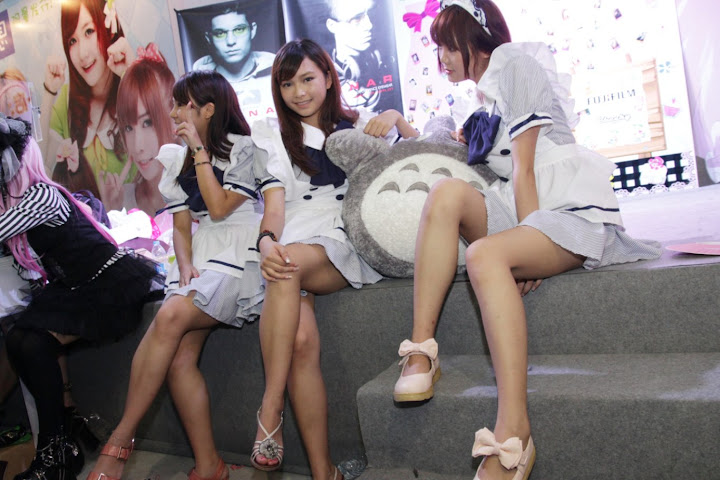 I go dead for maid cafe’s; Kryptonite, it is.

The event starts at 9, and ends at 4:30 PM. I’ve seen always-cooperative-for-shooting girls, I’ve seen some when the mood could be a lot better, and I’ve seen a few who’ve settled in corners, apparently spent. I already was after about 3 hours of going around the building. Then, as I was ready for my exit, a brutal realization came.

THERE WERE FOUR MORE BUILDINGS WITH EXPO BOOTHS.

So, the next day, Sunday, as expected of me, I hesitantly lined up -there were no lines the day before- and participated in another screw-the-queue practice over here. The excitement I had was a few notches below than what I had, but this had to be done. 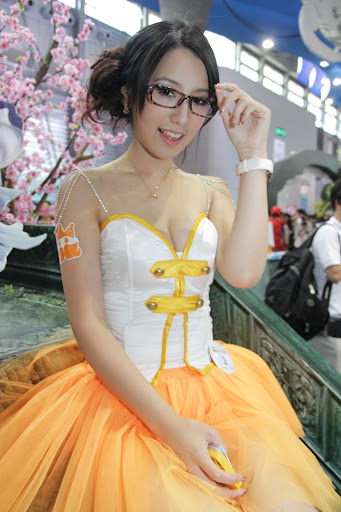 Tired feet had not fully recovered, but there was some adrenaline to rely on. After browsing for photo-ops in the other four buildings, I still had the conclusion that the first one had the beauties a-plenty than the rest. 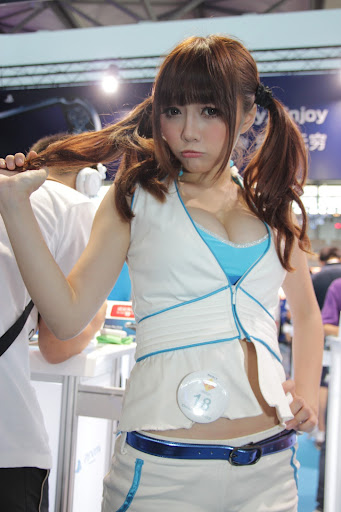 Based on the sheer volume of what can be shot this time, the mind had to go through some fast editorial mode. The worst part though was when I had to walk between buildings, and the prettiest ladies would go opposite my way, mind-busy and serious-intent in changing locations.

At about a little past two, the girls started showing up non-costumed, with goodie bags in hand. Half-past, there were only a handful still occupying their respective booths, and most of who were left were standing in the event stages where the predominantly male crowd were still shutter-firing.

View the rest of the photos by clicking on the link below: