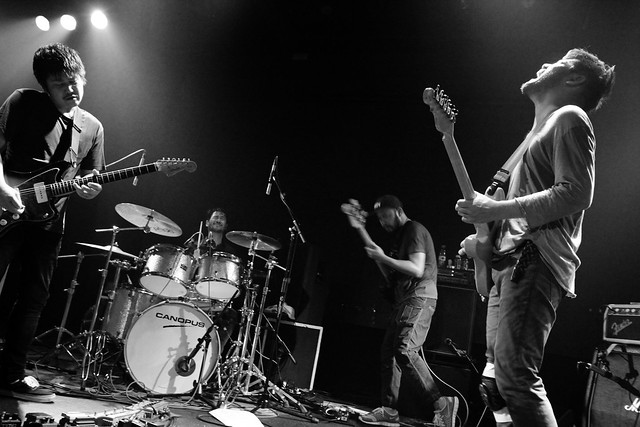 My first mention of the Japanese band Toe is noted on this 2007 entry. That was the period when I’ve dipped feet into the land of post-rock, and there was a mention of this band on one of the community blogs I frequent at that time. Since then, they fell out of my regular playlist after being almost exclusively played on long work commutes at that time. I credit them for being my gateway drug into Japanese music.

When they played in Manila, my knee-jerk reaction was that everyone who’d be watching must suck, suck big time, since I knew them before everyone did, right? I stopped the thought, of course, because, well, I only had ethereal, connections with like minded individuals over my social networks, and no one here goes to gigs with me. What is the point of gloating about this, really?

I saw them last weekend here in Shanghai. It took 7 years, and it was my chance to end this stupid, ill feeling. 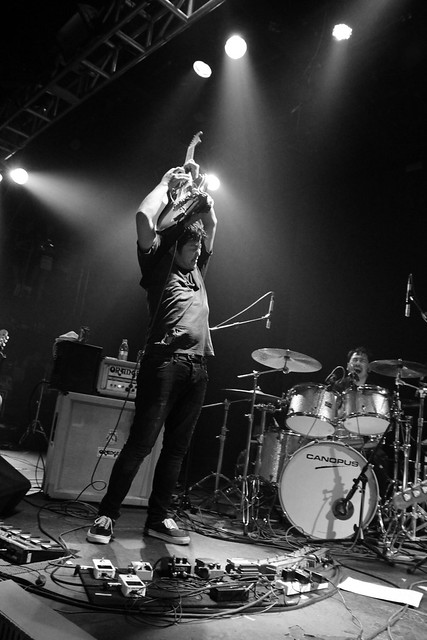 There was always this feeling present when I go watch gigs. When do I start and stop “coverage”? It won’t be a hard decision if I wasn’t much of a fan of whoever plays on stage: I take pictures, so if they look compelling or pretty and translate well on a four-cornered frame, the music they make won’t even really matter. Oh, to me, it does, of course, and I’ve skipped bands, left early at some gigs, but you have to understand that my involvement in live performance photography is highly personal and subjective.

In Toe’s case, I think there was a good balance in letting the music fan impulses take over: there was feet stomping to complex rhythms, there was head-nodding attempting to synchronize to wild, syncopated beats. I would just grab the camera when I felt like I’ve completed my expected role. Oh these aren’t the best photos I’ve taken, but I don’t think they’re that bad. 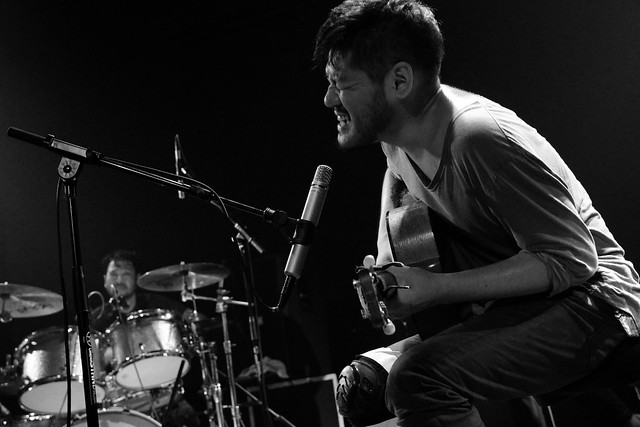 I took videos, too:

How was the gig? I was afraid Toe would put in a good number of new songs, which, to me, meant anything after the first album. Their setlist was more than satisfying though, and anything unfamiliar sounded beautiful and new. Oh, of course I knew collective cheers will be had when ‘Goodbye‘ gets played, but I know it shouldn’t bother me that maybe the audience liked their more recent, mellow material. Maybe they didn’t like it as much when they put down their acoustic guitars and picked up their electric guitars, when the gesture excited me. Again, I knew I needed to chill the fuck out.

Now, I dread the existence of an audience video of myself in front row, NOT showing my all-too-serious, image-hunting face, and letting myself go. 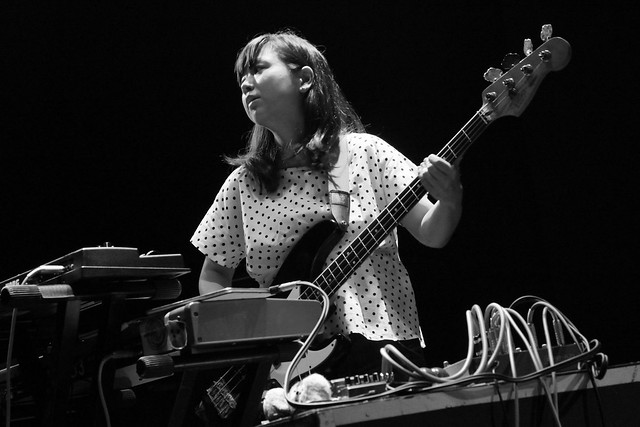 I was back at MAO Livehouse -it was just hard to believe all this was happening in one weekend- and this time, along with a smaller audience, was treated to Miaou‘s second visit to Shanghai. I missed the first one, my gig-searching prowess wasn’t as good as it is now, I guess.

Miaou’s All Around Us album was my favorite album of 2008. It was easily a spellbinding collection of songs, that spread out a familiar post-rock formula with a tinge of electronic music here and there. They released a few albums after, and I’m expectedly in the same predicament two days hence: I just hoped they played a handful of songs that will jog my memory of the times when I was gloriously exposed to the band’s music. 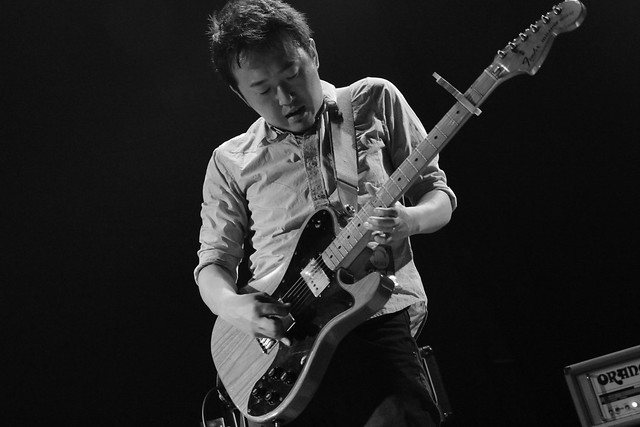 There was this obvious contrast from the lively, rock show delivered by Toe, to the sweet and contemplative, arching to a sweeping flutter of layered electric guitars of Miaou. As silly as it sounds, you know there should be a few seconds of the performance best experienced by closing your eyes, because it is just a better moment that way.

My 2008 music-loving self couldn’t feel any better, really. To top it off, there’s Mono (again!) this October.