One can call it a photo-pilgrimage of some sort (I went there 2013), but I didn’t manage to visit the Longhua Temple, Shanghai’s largest Buddhist temple, for last year’s Chinese Lunar New Year’s day. The queue was massive, and I wasn’t really what you would call early for the occasion. This year, however, I decided to head on over as my sleep-deprived self -due to a social gathering the night before- aboard the earliest metro trip possible. 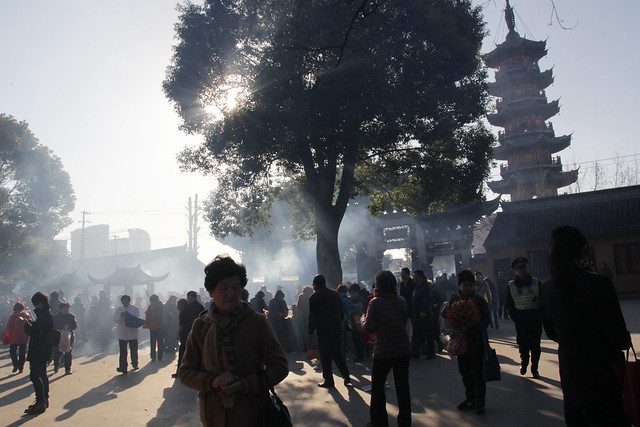 The sight of uniformed soldiers and a semblance of an organized body of people wanting to enter the people was something I decided to just go for. It was probably only a little past 7AM.

Was it a fluke I went here 2 years ago on lunar new year's day and there were no lines like this?

Unlike last time, there were line barriers, makeshift ticket booths, and there were designated places to light and pray with incense sticks, which was less than half of the temple grounds. Also, firemen with firehoses managing the incense pits.

I can count with one hand the other camera-wielding people around, which was a welcoming sight considering if I were back home, 1/3 of the people in Binondo would be in full-on photographer gear. No dragon dances here, just *cough* temple *cough* things, and copious clouds of incense invading one’s lungs. 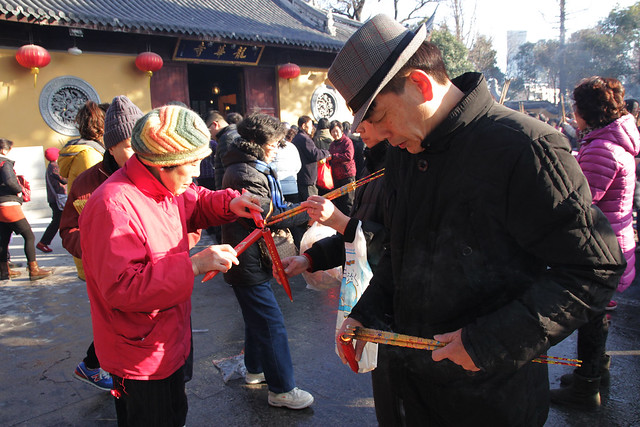 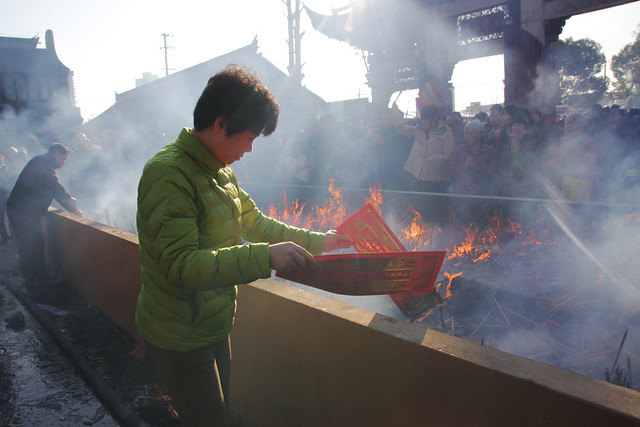 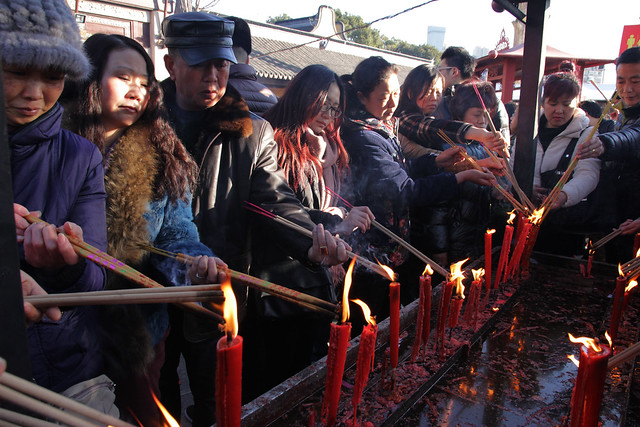 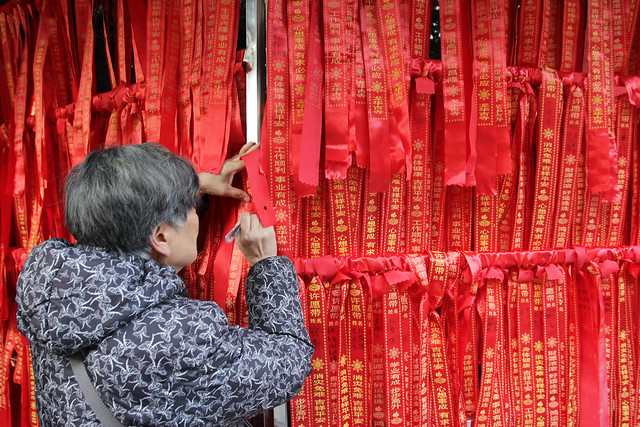 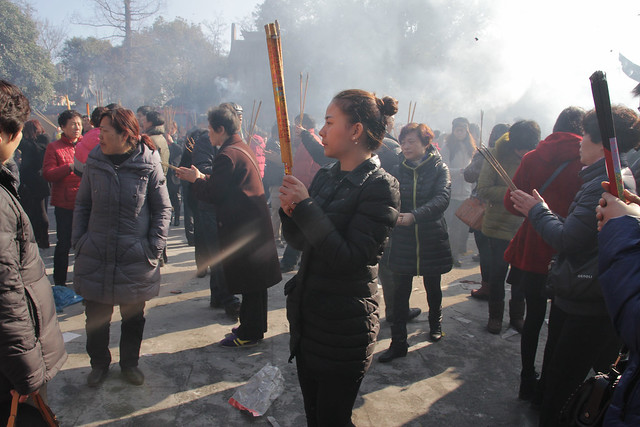