END_OF_DOCUMENT_TOKEN_TO_BE_REPLACED

Not much music of interest that came out the earlier half of 2014 has maintained a position on my list (except for my top pick), but, once I sat down with the goal of knowing what I may have been missing out on, which I did around the last quarter, I discovered remarkable stuff I am sure will stay in memory for a significant amount of time. As expected, the list is dominated by Japanese acts.

At most times, the accompanying dance music of Suiyobi no Campanella will be sweeping, wide-scaped, contemplative, much like what we’ve heard of from acts like Lamb, but then a voice comes in that raps, does spoken word, and the same voice would attempt to sing, the sort of singing that needs some getting used to. The tone reeks of the tongue-in-cheek, the carefree, and once you’ve seen the music videos (here, here, here), the live performances, you’d witness the frontwoman, KOUMAI, just goof off, with the music tethering her before she gets off-rail. Suiyobi no Campanella came out with their fifth album late 2014, and having also had the chance to listen to their earlier material, it is apparent that if taken separately, the elements that comprise the signature sound of the group would be imperfect, indistinct from what influenced it, but taken as a whole, it just becomes mesmerizing. Easily, the most hypnotic artist/record I listened to last year.

END_OF_DOCUMENT_TOKEN_TO_BE_REPLACED

Today’s tour was for the East Course, which had two UNESCO World Heritage sites on its list (Seongsan Ilchulbong Peak, and Manjang Cave; Jeju women divers were also recently put into the UNESCO Intangible Cultural Heritage List), which I would safely assume were the main reasons the only seats available on the bus were at the back. I had already checked out from the guesthouse before I left.

END_OF_DOCUMENT_TOKEN_TO_BE_REPLACED

My birthday breakfast was the leftover soy fried chicken from last night. Getting older at my current state in life just feels better in a different place, or I could put it this way: this escape from reality just feels apt. The unfamiliar sensations one gets with travelling just trigger different stimuli.

END_OF_DOCUMENT_TOKEN_TO_BE_REPLACED 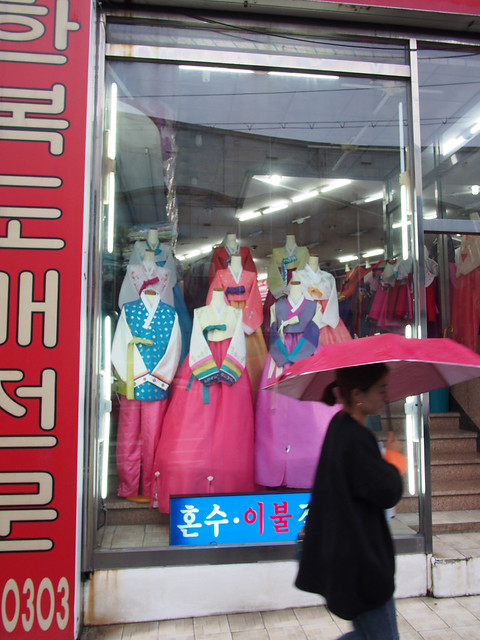