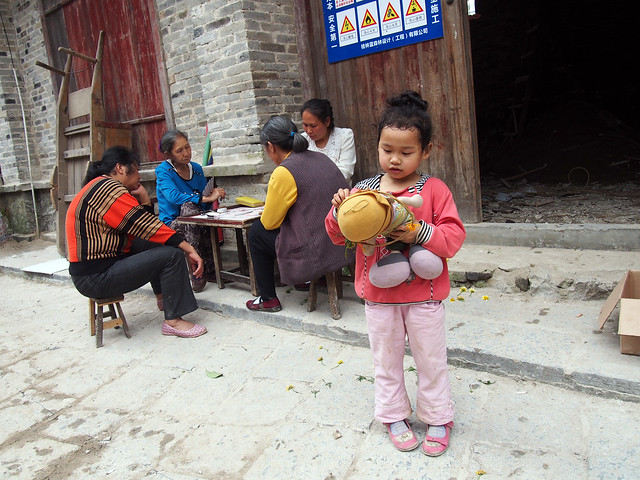 I found myself sleeping well at a bottom of a double deck bed at the hostel staff’s room in Yangshuo. We hurried the accommodations the day before, so we had to settle for that. I was now with Raymond, Ariel, a young Chinese couple, and another enthusiastic lady companion who appeared to spearhead the trip. Forgive me for not being so keen to remember names, and if that shaves a good load of my genuine gratefulness towards our little tour group, so be it.

The day started with a Li River tour cruise, where I didn’t get what I wished for: a front row seat on the raft I was in. I got to be with a group from the Guilin hostel where I knew no one, and half way down, the lady tour guide asked me to move rafts, not knowing the reason why I had to, but there wasn’t really any real interest to know. On that other raft I was still occupying a second row seat, but I was beside the tour guide, so yeah, I now had an advantage over the others, though an unexpected one. I asked how the cruise would be during the winter time (only few tourists take it), and she pointed at what the locals would refer to as horse’s heads on the mountain faces. I can’t decide if she was pretty. I’ll settle for amiable.

The end of the Li River Cruise

How was the cruise? It was great. I struggled with taking photos, taking half-minute videos, so I eventually gave up. There was a river stench, but it wasn’t repulsive. Rafts were everywhere, bigger boats would pass by every five to ten minutes. The view was already majestic despite the dim weather, the scene would easily possess effortless beauty if snippets of sun showed up. Now, as I write this, two months later, I also remember not seeing anyone taking a dip anywhere. 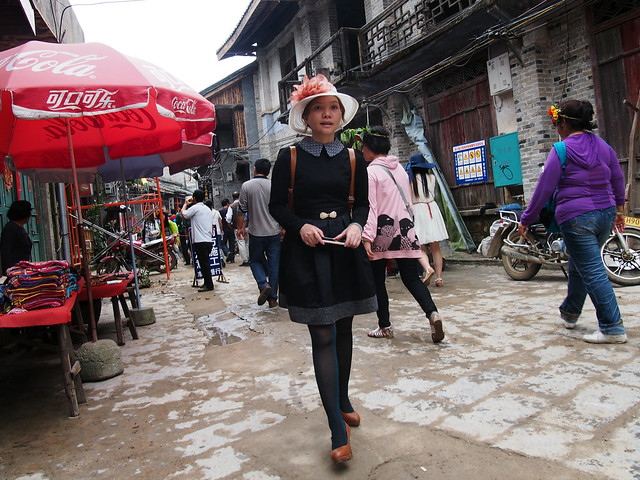 The next stop was Xingping Ancient Town, where I had my second bowl of the infamous Guilin noodles for the day. Ariel and company are coming in the area from another boat, and they have messaged me it will probably take an hour or two for them to reach the place. No matter, I don’t mind alone time. There was not much to see, as there was a lot of construction going on.

Late afternoon, we were all huddled inside a mini-bus to Yangshuo. There was no way I would have figured out that we needed to run to another terminal to catch empty buses. A futile battle with hundreds of tourists in queue would’ve been the only other choice.

We were greeted by cherry blossoms in Yangshuo. The town felt like that space in the middle of a crown, the mountains as spikes surrounding it. I think I heard Raymond refer to them as mini-mountains, since I was lead to understand mountainous terrain in Canada tend to be gargantuan in scale.

I think we woke up a little late the morning after, had brunch, and with our rented bikes, went around town for six hours. Yes, I can’t climb the Great Wall with any efficiency, and had to take a cable car back when we were in Guilin to get to the rice terraces, but I can bike for six hours. Never had to do so before, but I’m glad I did this time. 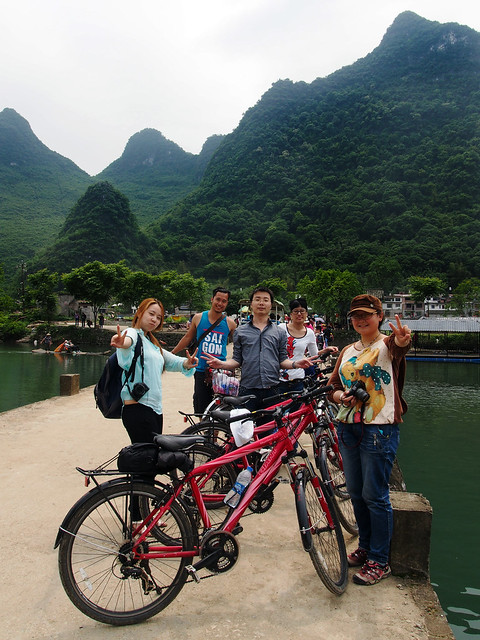 How was the ride? Very satisfying. I think earlier plans had to be re-evaluated, paths had to be shortened, we didn’t reach some areas we intended to go, and we had to pay 5RMB each to cross our bikes over from a dead-end path, but no hair that stuck out of me was complaining. Sure, the weather was still the pits for taking pictures, but there was no bone of regret at all. 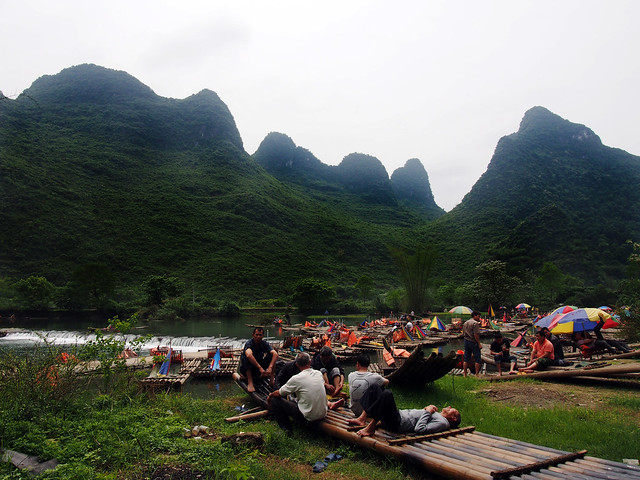 I transferred to a room of my own that night. It was on the fifth floor, there was no elevator at the hostel, but I had this, and this, for a measly 150 RMB. We headed out for early dinner, and Guilin noodles were had again. Late dinner was Indian food I insisted on trying out. 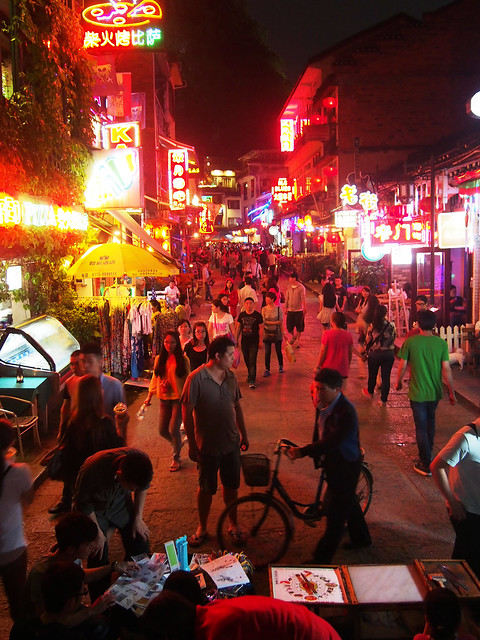 I couldn’t walk the morning after. The bathroom was leaking a bucket’s worth of water. Again, this doesn’t matter. Our group was now slimming down to foreigners only. The young couple headed out (for home?) early, and we made it a point to send off our unofficial trip organizer, the same girl I shared a 2 minute raft ride the day before. Breakfast was Guilin noodles. I decided to give it that needed kick with slices of horse meat.

The afternoon was spent in a cafe in the middle of the tourist area. Ariel and Raymond were discussing the rest of their China itinerary, I was out and about, trying, hard, to take pictures. I did sit down with them, and topics even gravitated to the more personal stuff, like family. I think there were confused faces when I told them how old I was, which was a big deal for me, since I don’t usually share that with people.

Back in Guilin, we had McDonald’s for dinner, and the sad realization of my leaving was settling in. I expected the usual for this trip, and I got the special. Handshakes and hugs were shared, along with some cab fare I had to borrow since I didn’t have change to go to the bus terminal, and I don’t think I’ll ever see Raymond and Ariel again. Don’t get me wrong. I’m not assuming there was this great, lasting bond between us three. There was just this overcoming, bare fact: I, an occasional traveller, had a wonderful time with them. It also had to happen where China is undeniably gorgeous.

The ride to the airport felt like a boundless sea of life-reflection I may never get to experience again.